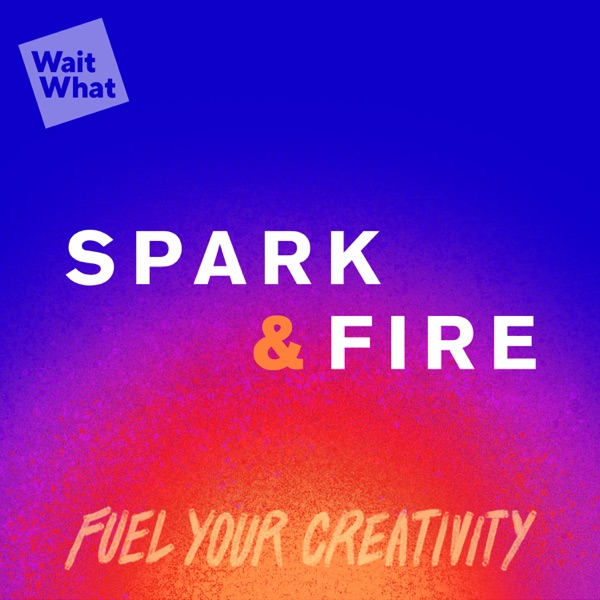 Creativity. It’s as mysterious and elusive to humans as love. We stalk it. We crave it. We try to bring it out in ourselves.

Every creative work you’ve ever loved has a hero’s journey behind it. Whether it’s a book or a building. A movie, a mural, a musical. It starts with a spark. Then: Endless iteration. Inevitable setbacks. Magical people who appear to help. And the breakthrough idea — that takes on a life all its own.

On Spark & Fire, for the first time ever, you’ll hear what was happening in the mind of a creator as they brought their iconic work to life. But this isn’t an interview show. It’s a story — told entirely in the artist's own words — against the backdrop of originally composed music of the prepared piano.

In Season One, you’ll hear from Yo-Yo Ma on the Silk Road Project, director Rian Johnson on making Knives Out, Isabel Allende on The House of the Spirits, Kemp Powers on Pixar’s Soul, architect Thomas Heatherwick on The Vessel, choreographer Bill T. Jones on Afterwardsness, book designer Chip Kidd on the cover of Jurassic Park, Homegoing author Yaa Gyasi on Transcendent Kingdom, executive producer Kamilah Forbes of the Apollo Theatre, Susan Orlean on The Orchid Thief and more.

With host June Cohen — cofounder of WaitWhat, former executive producer of TED Talks and co-host of the TED conference — in her first hosting role since TED.

What really happens on the road to success? You’re about to find out. Let these epic stories spark your own creative journey.

Spark & Fire is a WaitWhat original series in exclusive partnership with Skillshare.