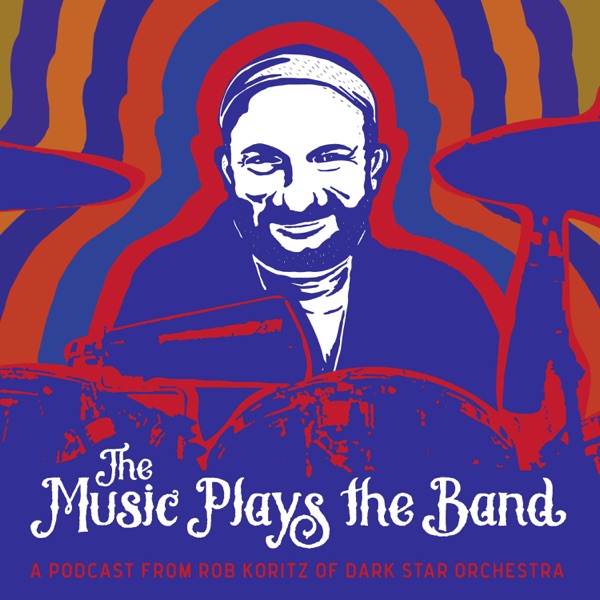 The Music Plays the Band is a podcast from Dark Star Orchestra Drummer Rob Koritz about the influence of the Grateful Dead on the life and career of professional musicians from the jamband world and beyond. With the premise being musicians who like the Grateful Dead really love talking about the Grateful Dead, Rob has long form conversations with some of your favorite musicians about how they got turned on to the band and the impact it had on their life, music and careers. In addition to the feature interview, each episode will have three mini-segments:The Black Music Moment, highlighting the monumental influence of Black Music on the sound of the Grateful Dead. The Sarno Music Solutions Breakdown with audio guru Brad Sarno about ideas and techniques that shed light on the sonic secrets from the Grateful Dead audio world. There's a Grateful Dead Cover Band in Every Town features conversations with local Grateful Dead bands from around the country, discussing different approaches to covering the music and the communities that have developed around these scenes. With Dark Star Orchestra unable to tour due to the Pandemic, like many touring musicians Rob found himself in the unusual place of having lots of time at home. Not being able to bring the music to the people, Rob began engaging with fans online doing question and answer sessions, as well as some live interviews. As is often the case when dealing in all things Grateful Dead, events started taking on a life of their own and Rob was approached by old friends and St. Louis songwriting/production team Brothers Lazaroff about wanting to help Rob take these conversations further and create a formal podcast. After a few Zoom calls the plan was hatched. Pulling from his lifetime as a professional touring musician specializing in the music of the Grateful Dead, Rob is excited to bring conversations he feels are largely missing from the cannon of Grateful Dead inspired content. The Music Plays the Band is generously supported bySarno Music Solutions, Blue Jade Audio, The Authenticity Academy, Grateful Sweats and the Clean Store. Learn more and support the show at www.patreon.com/themusicplays