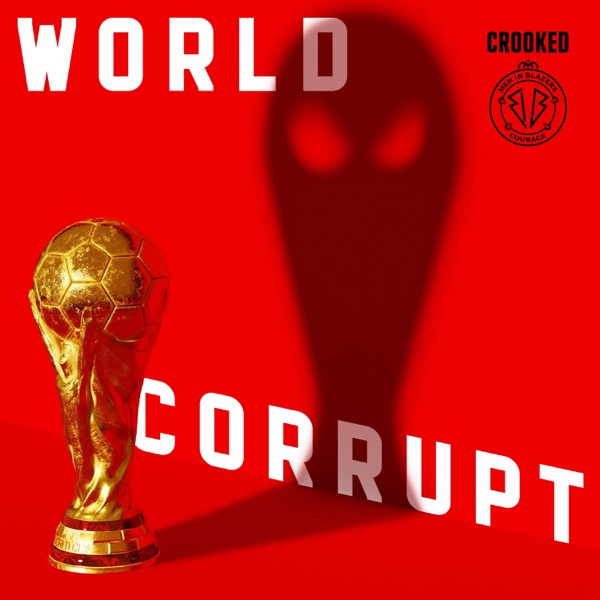 Rate for this podcast Subscribers: 45
Reviews: 1

The world’s most-watched sporting competition this year will not be a feel-good affair. FIFA, soccer’s corrupt governing body, awarded the 2022 edition of the World Cup to Qatar via bribery. The teams, players, and fans of the game must now grapple with the complexities of an ethically fraught, morally bankrupt tournament already soaked in blood and oil– a sportswashed public relations exercise for Qatar that has cost an untold amount of migrant workers their lives since the announcement was made. This dilemma is at the core of World Corrupt, a joint effort from Men in Blazers and Crooked Media. The series will be hosted by two friends, Men in Blazers’ Roger Bennett and Pod Save the World’s Tommy Vietor. Roger’s deep understanding of football history and Tommy’s geopolitical analysis will combine to help listeners understand the tectonic plates shifting under the sporting events they love, and empower them to simultaneously revel in the sporting genius on display, and take action against the grave injustices that have been wrought.